West By Sea on a quest for numbered treasure 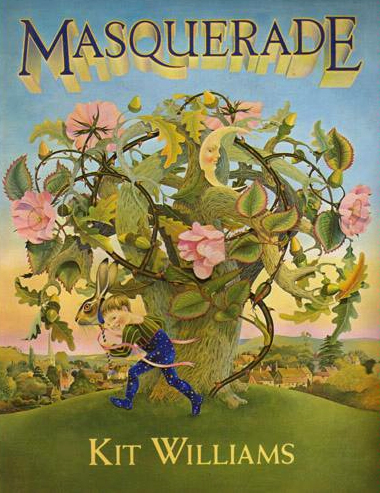 I’m a huge fan of codes, ciphers, word plays, puns (as you’ve discovered this week on Twitter), maps, treasure hunting and quests. And for a while now I’ve wanted to do a book like one of my favorites from grammar school: Masquerade by Kit Williams (on Amazon).  Well now thanks to your support it looks like West By Sea can actually be that book.

If you’re not familiar with Masquerade, you should start at Wikipedia.  The images are stunning all by themselves but the code is intricate and must be solved in multiple layers. West By Sea will include a similar multi-layered code. As I looked more and more at the trip itinerary, it became very clear that for a certain code key to work it HAD to be used on THIS trip for THIS book. The format was too perfect.  This has kept me up late nights all week.  The code structure is ready. All I need are 104 pages in a book format. The first layer will be relatively easy, and successive layers will require both insight and industry.

The answer to the final coded layer is not intended to lead to an actual treasure as it did in Masquerade. That would probably be considered a “contest” and against the Kickstarter rules. This will be a puzzle book, equally open and accessible to all backers. Plus a daily blog and a cool book about world travel.

So, here’s why you should be excited. This Kickstarter campaign will be the one and only time any clues will be released prior to publication. After publication there will be a quiet period of at least 3 months to let people work through the clues themselves and complete the puzzle.

I will release the first clue on your exclusive postcard from the ship.  So if you’re already a $12 backer or above you will get this clue.  THEN, I will release a new clue to BACKERS ONLY for each time the West By Sea project adds 250 backers. The more people you persuade to back this project, the more clues YOU will receive.

Less than 200 backers to go before unlocking another backer clue…  (and only 16 days left…) We can do this!

Thanks for sharing our story!
Tweet
Posted under Kickstarter,Special Update and tagged with backers, code
Comments Off on West By Sea on a quest for numbered treasure